Movie-Gurus.com went down for the count when the hosting company wiped the site. As we'd lost around a months worth of reviews, I didn't feel like resurrecting it at the time and starting fresh. Then I started thinking about the 1500+ reviews in the database, and all the time and effort that went into the site, so I decided to see if I could resurrect it from backups. I quietly put it back up, and left a little message at the forum run by the MG originator, but that generated no interest, so I left it up and largely forgot about it. Only one little problem there --- search bots found it, and what did they want? They wanted pictures! Mostly pictures of actresses! So I suppose that MG lives again, even if for now it's only as a shadow of its former self, visited by people who are only interested in a small picture. You can find the site for now at Site taken down.
Defined tags for this entry: Film and TV, Movie reviews, Movie-Gurus.com

Continue reading "The funniest show (not) on TV"
My latest hobby is a website called Movie-Gurus.com. I've been adding to the site, rewriting quite a bit of the php code, and have contributed a few reviews. The site was started by a teenager and has grown to include 600+ films in the review database, and has a staff of around 14 total reviewers, developers and admins.
Defined tags for this entry: Film and TV

For fun, I made a the small Flash teaser for The Ring as an exercise, which should hopefully if nothing else, give you an idea of the haunting visual tone and production design (influenced by the artwork of Andrew Wyeth purportedly) which sets the film apart. If you didn't catch it in the theaters, by all means catch it on DVD. Along with The Sixth Sense, It's easily one of the creepiest and most intriguing Horror films in the last ten years. And if you're even more adventurous, check out the influential Ringu on DVD.
Defined tags for this entry: Film and TV 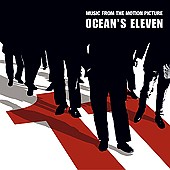 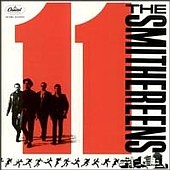 They say that imitation is the sincerest form of flattery. Well someone said that anyways.Ok, well they aren't exactly the same layout, but I knew immediately that the recent Ocean's 11 Layout reminded me of this great Album from 1990 which i once owned on cassette. Maybe it's just synchronicity, or maybe the designer was a Smithereens' fan.
Defined tags for this entry: Art, Film and Tv, Marketing, Music, Ocean's 11, Smithereens