Click for screenshot of Google Analytics Event categories, generated by the Longtail GA Pro plugin
Like the Allvideos plugin, AVReloaded comes bundled with the ubiquitous JW Player for Flash. If you are streaming flash movies from your website, one worthwhile plugin is longtail's Google Analytics Pro. The current license price for the plugin is $19 from longtail's site. If you're already using Google Analytics, the plugin feeds "Content" events from the player to Google Analytics which will show up under the "Event Tracking" menu. Ever have questions like: "I wonder what videos people are actually watching on my site" or "for this new video, how many seconds do they watch before they get bored and close it?" If so, then this plugin is for you. The player will generate events that GA groups into 3 categories: "Video Plays", "Percentage Played" and "Seconds Played". Drilling down you get a nice list of the Videos on your site. For example, finding out that people only watch on average 10% of that promotional video for your product is probably a sign that you may need some better material. Continue reading "How to configure AVReloaded to work with Longtail's JW Player Google Analytics Pro plugin"

This setting simply shuts off the recursion behavior for the category.
Defined tags for this entry: ERD, getK2.org, Joomla, JoomlaWorks, K2, Schema 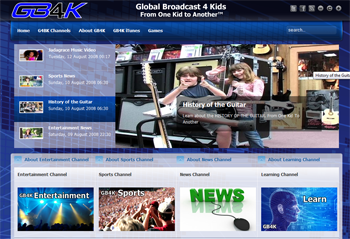 You need to edit the PonyGallery script sub_viewdetails.php. This script is in the components/mod_ponygallery directory.

And replace them with this:

I'm fairly sure this will be a configuration item in the next release of PonyGallery ;) Until then, if you aren't using CommunityBuilder, this will hold you over.
Defined tags for this entry: component, Gallery, Joomla, Ponygallery, Web Development
I have a small project that involves an implementation of Joomla (a fork of the popular PHP/Mysql based content management system Mambo). I started with Mambo and during the time I was configuring the site, the core developers of Mambo left to create the Joomla project. The reasons for this are discussed on their OpenSourceMatters website.

Suffice it to say, I find an Entity Relationships diagram to be very helpful in understanding the architecture of a database driven application like Joomla. There wasn't one available, so I decided to reverse engineer the database, and created these diagrams, which break the core database down into a few functional areas.

UPDATED At one time my pdf version of this was hosted by Joomla, but in one of the many moves of source code, the links to it were broken. You can get the pdf with all the views here.